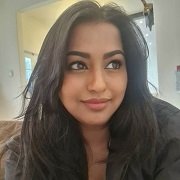 But this progress came to a halt in 2007 when South Africa first began to endure “load shedding,” which is the cutting of power supply to different areas on a rotational basis. Load shedding, implemented when the state-owned electricity company Eskom is unable to provide power to the whole country and the electricity grid needs to be kept stable, seems to have reached a new nadir in recent days with most areas going without power for up to 12 hours a day. There have been warnings that total blackouts may be necessary.

Eskom has been unable to provide a stable supply of electricity for 15 years due to a lack of investment in keeping infrastructure up to date and its poor maintenance, a period of plunder under the kleptocratic regime of former President Jacob Zuma, and a longstanding state austerity program that has resulted in general disinvestment from state-owned companies.

The energy crisis has been very damaging to an economy already reeling from socially devastating deindustrialization, state austerity, and the increasing hold of political mafias over economic life. It has been estimated that load shedding has led to the economy losing R500 billion (just over $28 billion) since 2018, working out to about R1 billion per stage, per day.

South Africa has much higher rates of electricity connections compared to the rest of sub-Saharan Africa, where about 90 percent of the children who are able to afford a primary school education attend schools that do not have electricity. But with load shedding causing power to be off for much of the day many people in South Africa can often face similar conditions to those living in the rest of sub-Saharan Africa. Given that South Africa is currently the most unequal country in the world, the deepening energy crisis further widens the gulf between the rich and the poor, with the latter being overwhelmingly Black and comprising a largely female population.

According to the latest reports, more than 30.4 million people in South Africa live below the poverty line, out of a current population of 60.6 million. About 50 percent of the population lives on R1,335 a month, or approximately $75 a month. The basic cost of electricity for a low-income household is approximately between R1,100 and R1,500, which is already higher than what half the population subsists on. Along with widespread food insecurity, it is likely that the same population of more than 30 million South Africans also concurrently experience “energy poverty,” a term used to describe a situation in which electricity, gas, and other sources of energy bills make up a larger percentage of the household expenditure, making it difficult for South Africans to cover other costs such as food, rent, and clothing. Also, the reduced use of energy in households and workplaces has a negative impact on their physical and mental health. In shack settlements, the lack of electricity has long meant that people cook using candles and gas to light up their homes while living in cramped conditions resulting in regular fires, which are often devastating. With frequent load shedding, fires are now likely to become more common in other types of housing also.

Moreover, South Africa had the eighth highest murder rate in the world in 2020, and the fourth highest rate of gender-based violence in the world, according to 2016 figures. The increased hours of load shedding and the radical decrease of access to electrification will make this pervasive violence worse. A 2017 study carried out in Brazil on the socioeconomic impact of electrification found that it results in a significant decrease in gender-based violence due to better lighting in public spaces.

The burden of social reproduction has always largely fallen on the shoulders of women. Access to electricity can reduce this. An important 2021 study titled “Powering Households and Empowering Women” found that by freeing up women’s time poverty is reduced by creating opportunities for women and girls to develop livelihoods, enter the labor force, or focus on school. It can also reduce exposure to harmful indoor air pollutants, improve maternal health, and reduce gender-based violence.

Demand for the resolution of the electricity crisis has been one of the few issues that have helped bring the poor, the working class, and the middle class together. But, so far, the demands for the resolution of the crisis are not well organized and have been met with little more than platitudes by the ruling elites, including South African President Cyril Ramaphosa.

The African National Congress’s (ANC) commitment to neoliberal austerity has meant that there is insufficient investment in the state electricity company. Their only proposal is to move from state-owned coal-fired power stations, which are highly polluting, to privately owned renewable forms of energy. Currently, one of the best-placed people to benefit from this is the president’s billionaire brother-in-law, Patrice Motsepe, given his investments in renewable energy.

Trade unions in South Africa have insisted that while a move to renewables is welcomed, undertaking it via privatization will raise the costs of electric power for the poor and the working class and result in a bias toward serving the needs of the capitalists and the rich. They have proposed that renewables should be socially owned and managed.

The proposals from the unions have been ignored, austerity continues, and there has been minimal movement toward private electricity production. The situation is one of stasis.

Experts believe that very high rates of economically and socially damaging load shedding are likely to continue for at least the next three to four years. Many analysts have argued that this is likely to hit the ruling ANC very hard in the next presidential election, scheduled for 2024. A crisis in terms of electric power could lead to a loss of political power. With right-wing and xenophobic parties rapidly advancing, this is not cause for easy optimism.

South Africa will not move into the light until the social value of access to electricity is affirmed. The proposal by the trade unions for a shift to socially owned and managed renewable energy is the best option on the table. We need a solution that is for the majority and not the few.